Some of the most beautiful work of this craftsman, and many others, are in this book “Liège Gunmakers through their Work. 1800 - 1950”.

It is of course about a revolver NAGANT which I think of being of Serbe model, the rectangular front sight is specific (also on the Swedish model). The rifled bore is with sides and the alveolus cylinder. The grips are in walnut squared maintained by a central screw and two rivet washers with ears.

This revolver is in calibre 7,5 mm Nagant with six shots. The door of load is of type Abadie, it makes it possible to neutralize the use of the hammer when it is in open position. A simple pressure on the trigger makes it possible to make turn the cylinder, returning the operations of easier loading/unloading.

The weapon carries the lawful punches of the proofhouse of LIEGE, namely:

The Serbian Nagant M1891 was very similar to the Swedish M1887. It enclosed a double-action lock, screwed on octagonal barrel and the cylinder surface was grooved. It also had some special feature as an additional bolt notch (red circle) at the middle-length of the cylinder and the loading gate (arrow) which acted as a safety.

The cylinder locking on this revolver works in the following manner : When the trigger is depressed pulled to its rearmost position, the trigger stud referenced as "a" on the drawing reaches the apex arc and engages one of the stop notches running on the periphery of the rear cylinder's ring. One chamber is then perfectly aligned with the barrel. When the trigger is fully released, its front referenced as "b" engages the stop notch on the median position (red arrow). So, in both positions trigger, fully depressed or released, the cylinder remains locked. 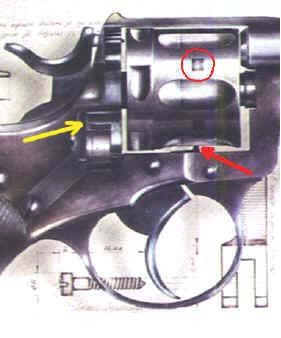 The loading gate safety is activated or released by the movement of the loading gate lever. The lever notched ring that passes through an opening machined in the frame wall (green arrow on the drawing). When the gate lever is lowered to start the loading procedure, the lever ring notch engage rotation, a groove that is machined on the rear arm of the trigger (red arrow) and immobilizes consequence. By the camming effect of the ring notch sliding inside the groove, the trigger is stop in such a position that the front stud (b) is disengaged from the cylinder middle stop notch who having the rear stud (a) reach its uppermost position and block the cylinder with one of its rear notches. As a result, the cylinder is free to rotate while the trigger is locked. The loading operation becomes safe with no possibility for the trigger to act upon the hammer.

It is perhaps about a less greedy weapon in ammunition, intended for the drive of the troops.

The training with the shooting was also facilitated by a less impressive retreat for the gunner neophyte.

Or then of a weapon intended for the sporting shooting, it is possible but one does not prevent the other. The length of the barrel pleads for this type of weapon. 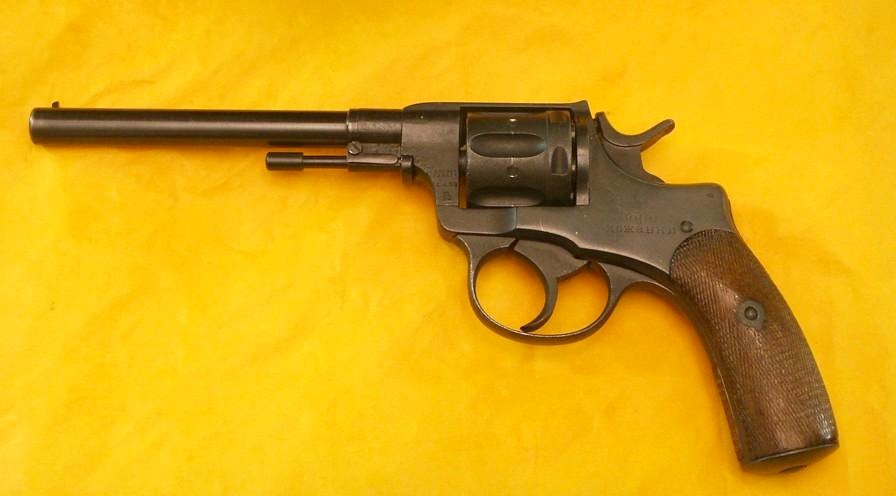 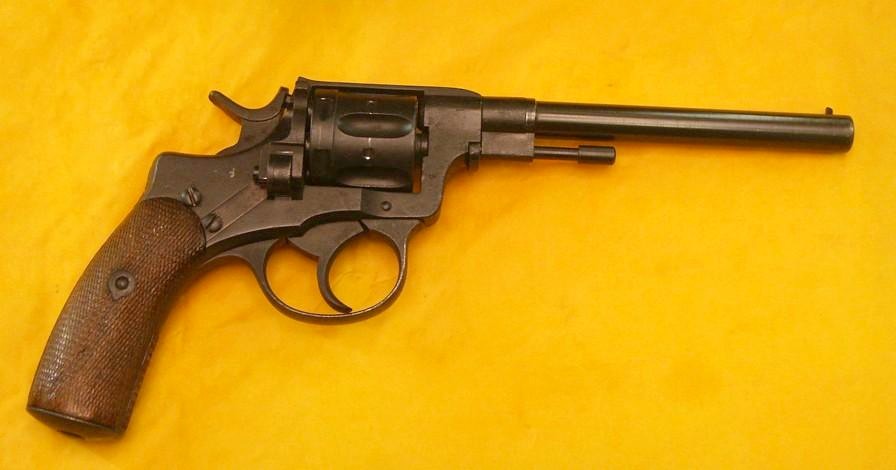 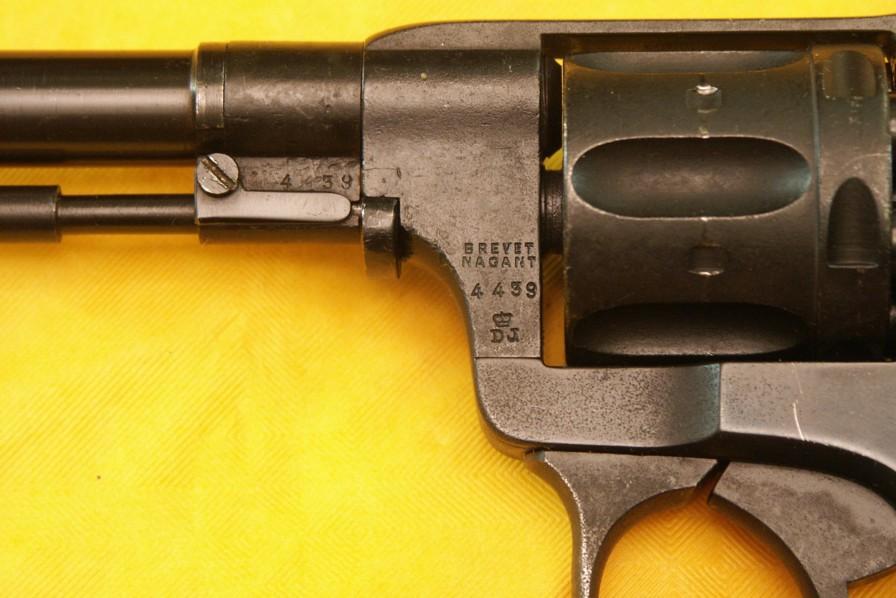 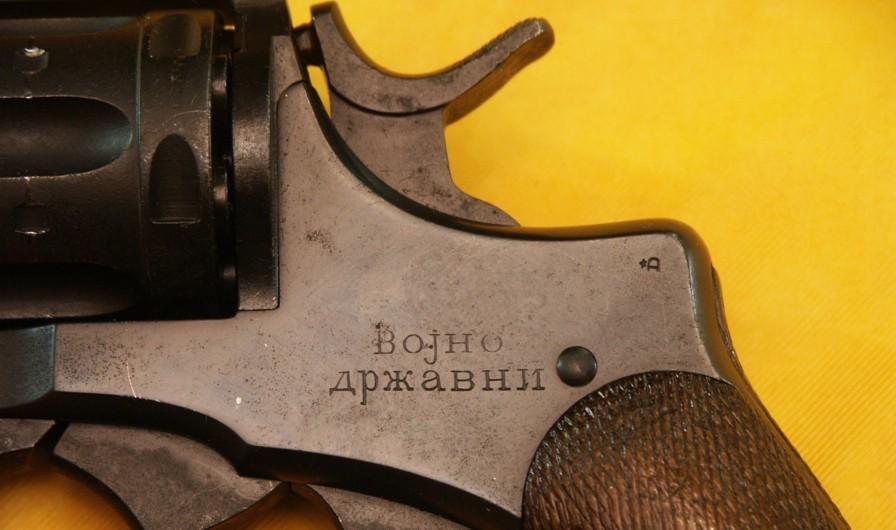 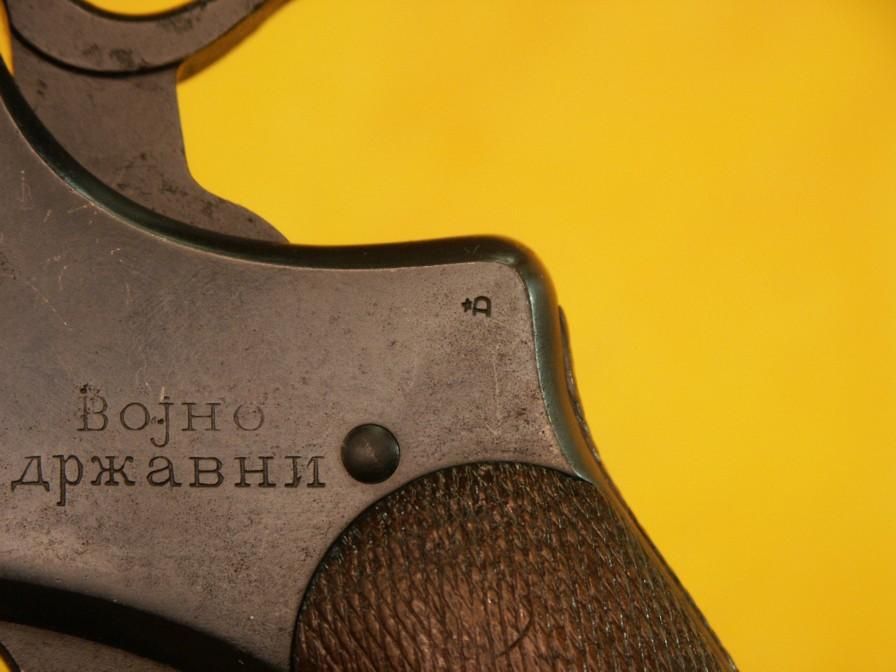 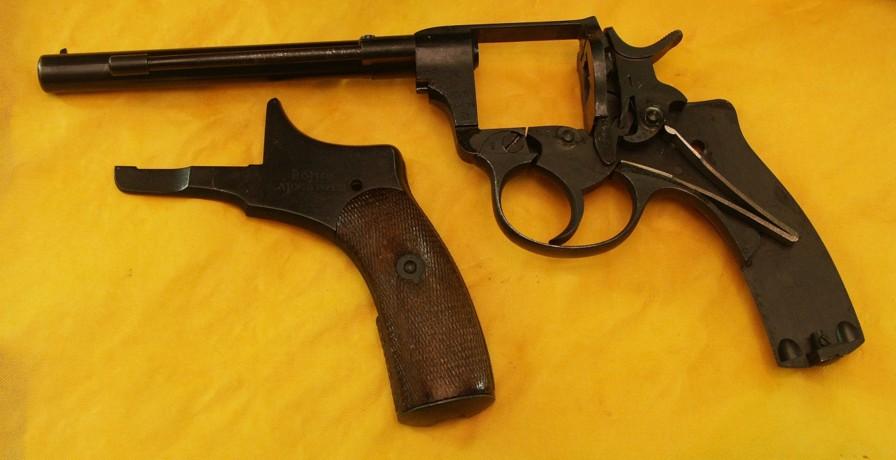 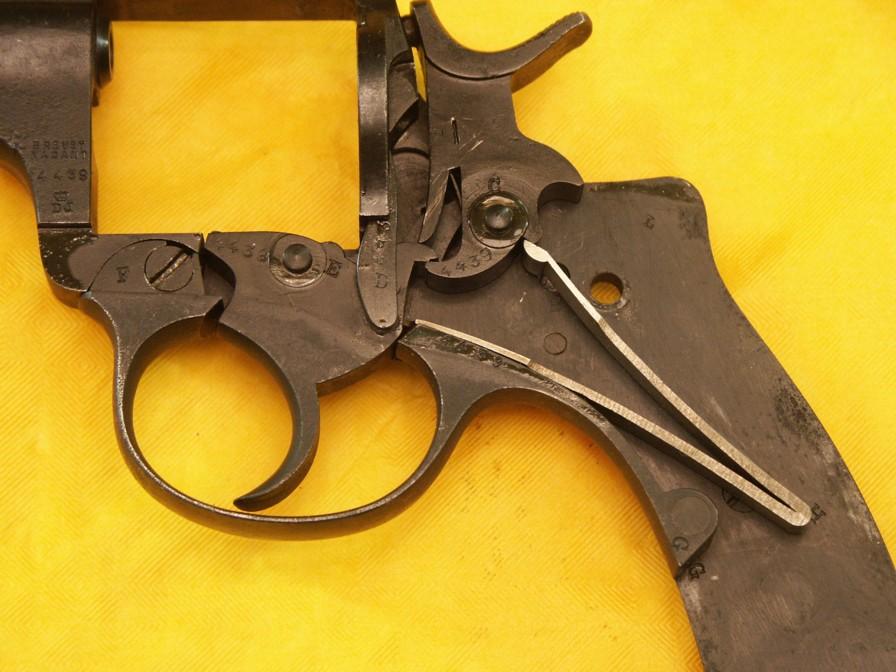 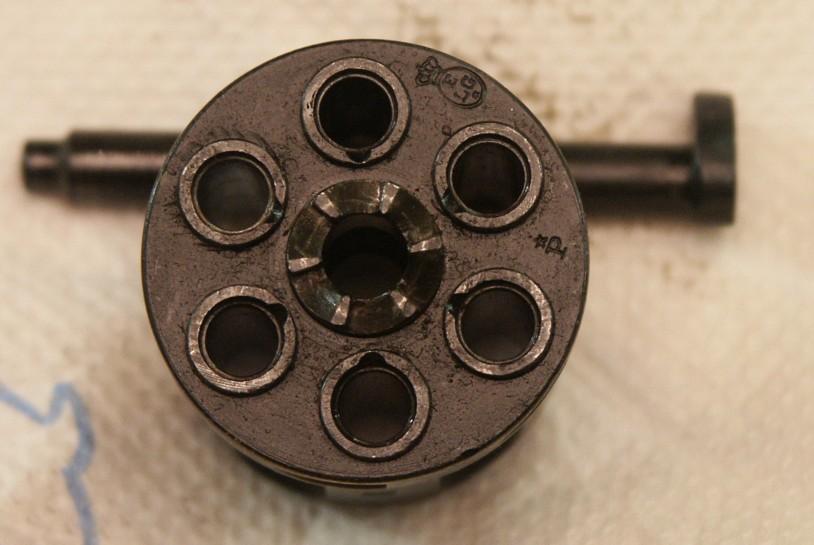 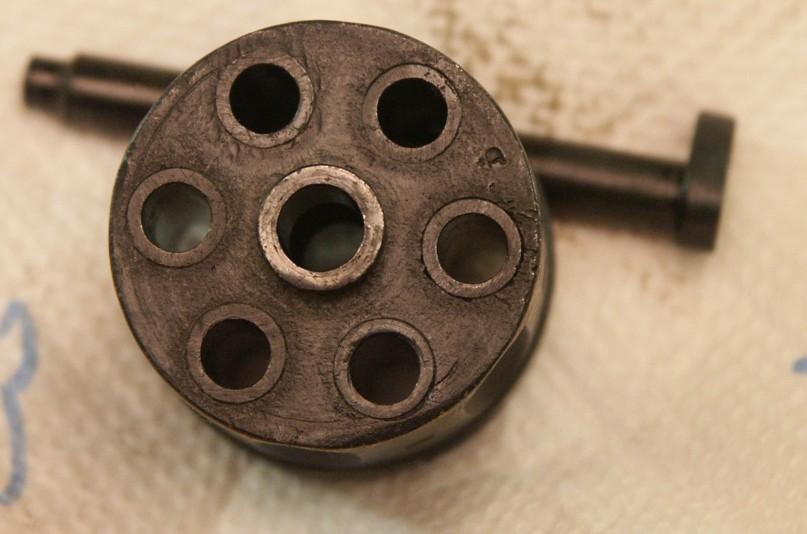 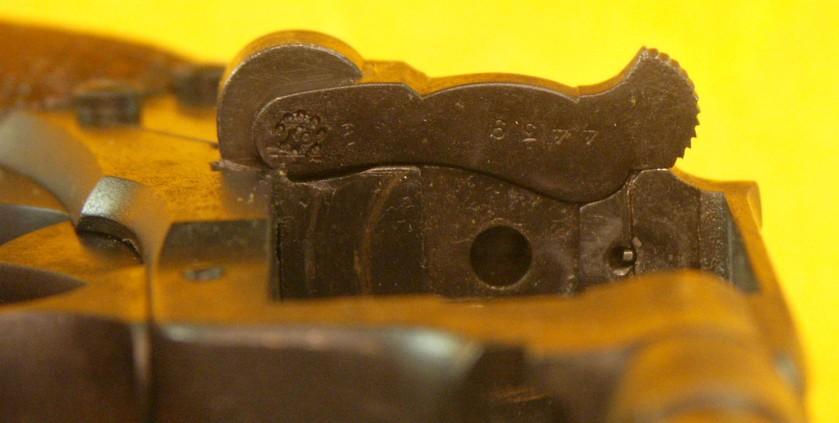 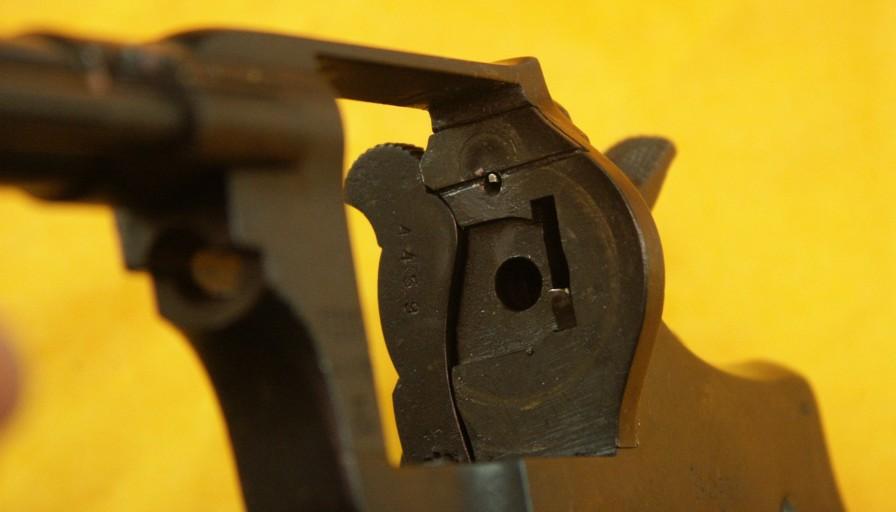 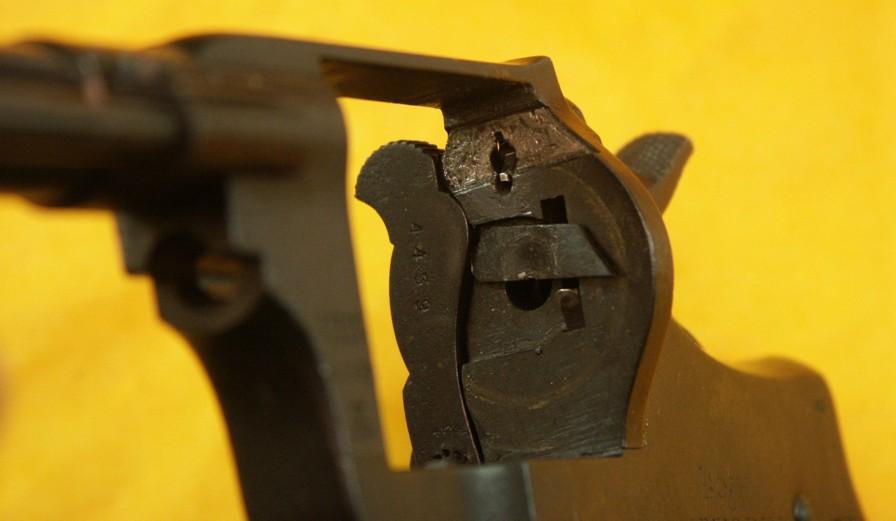 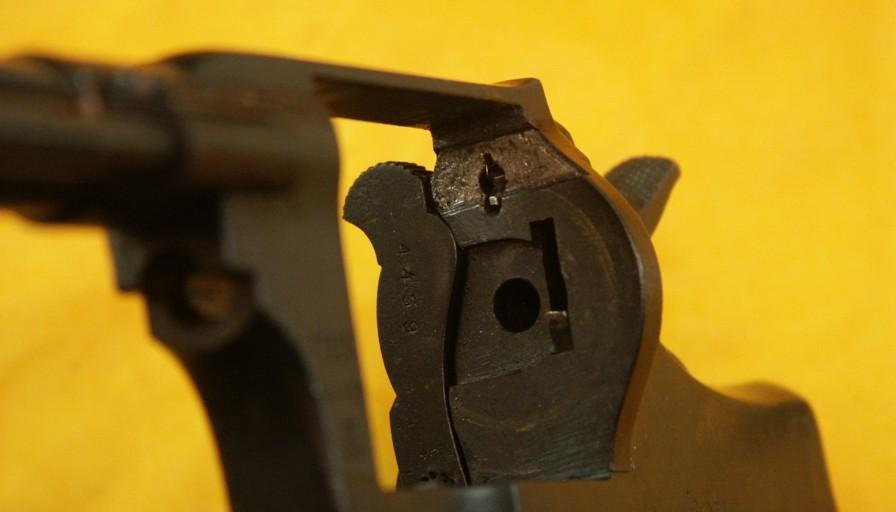 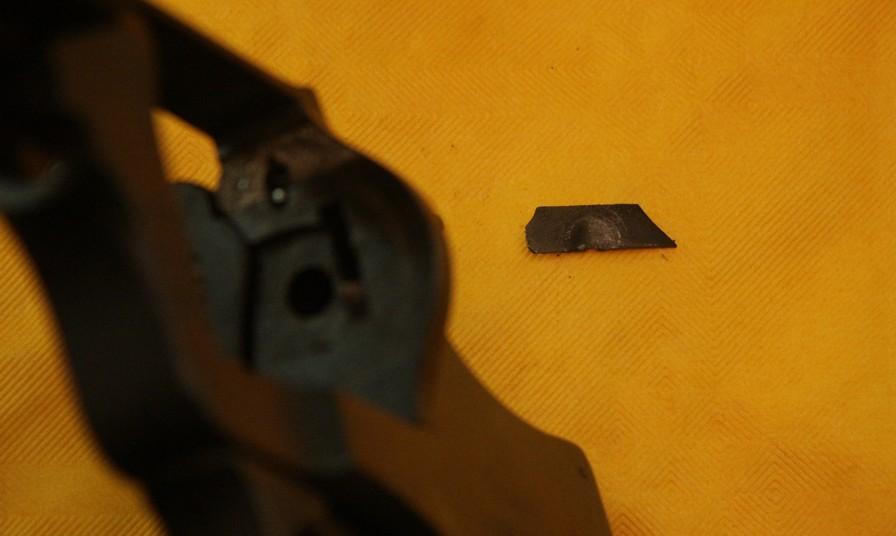 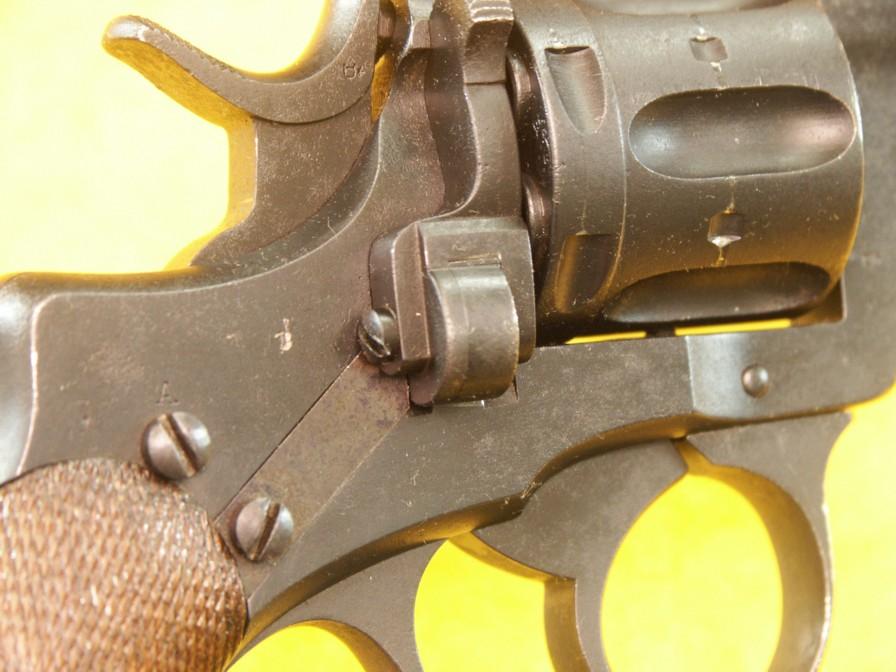 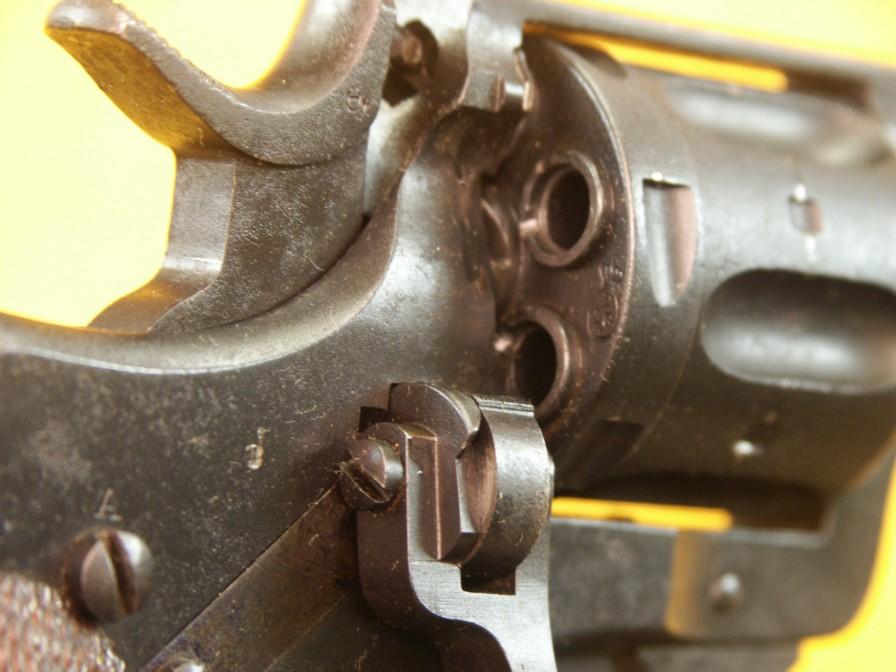 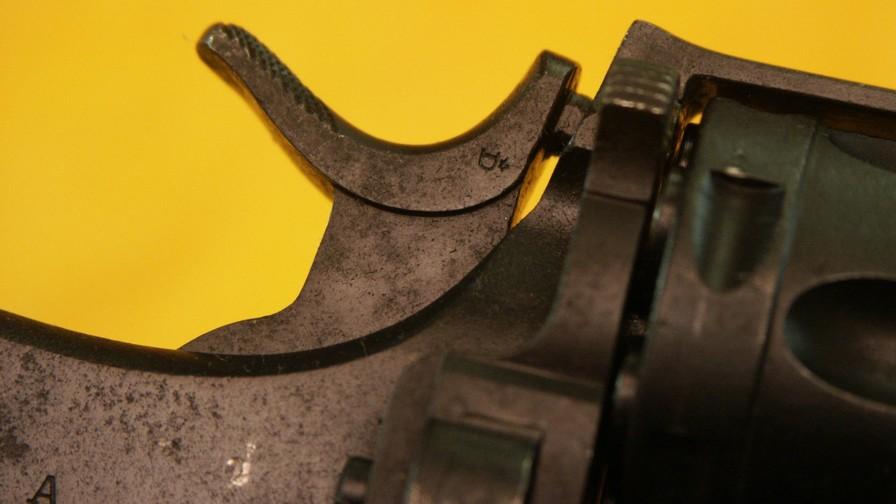 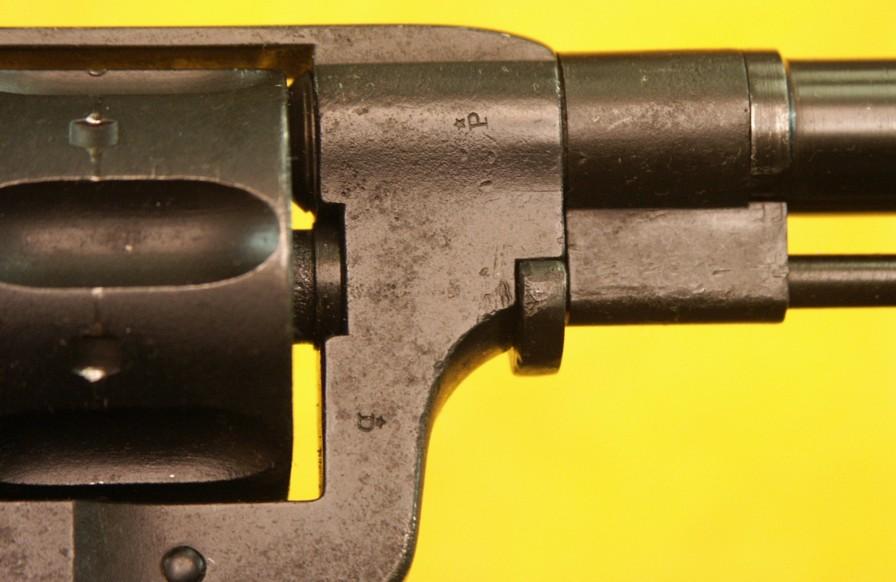 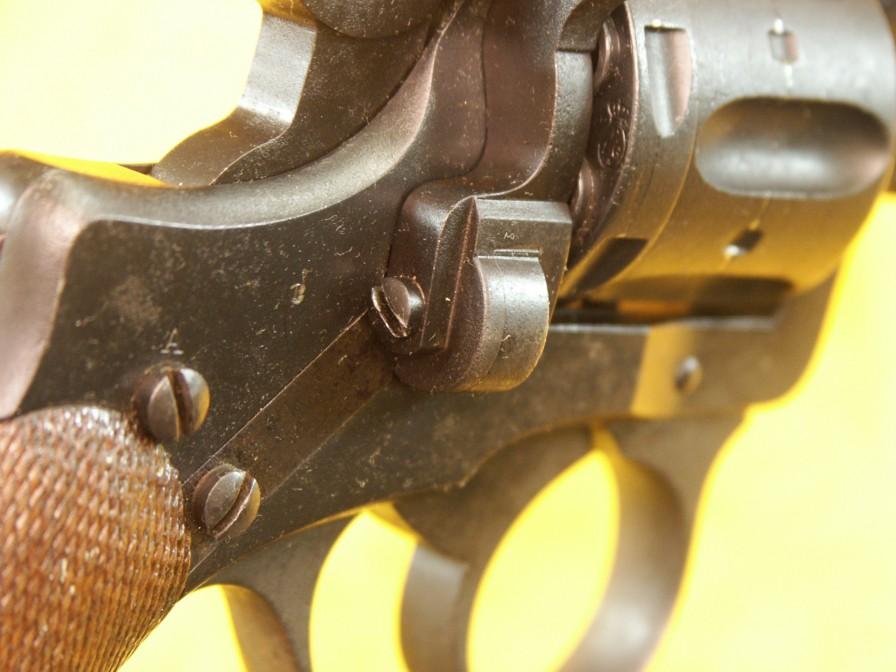 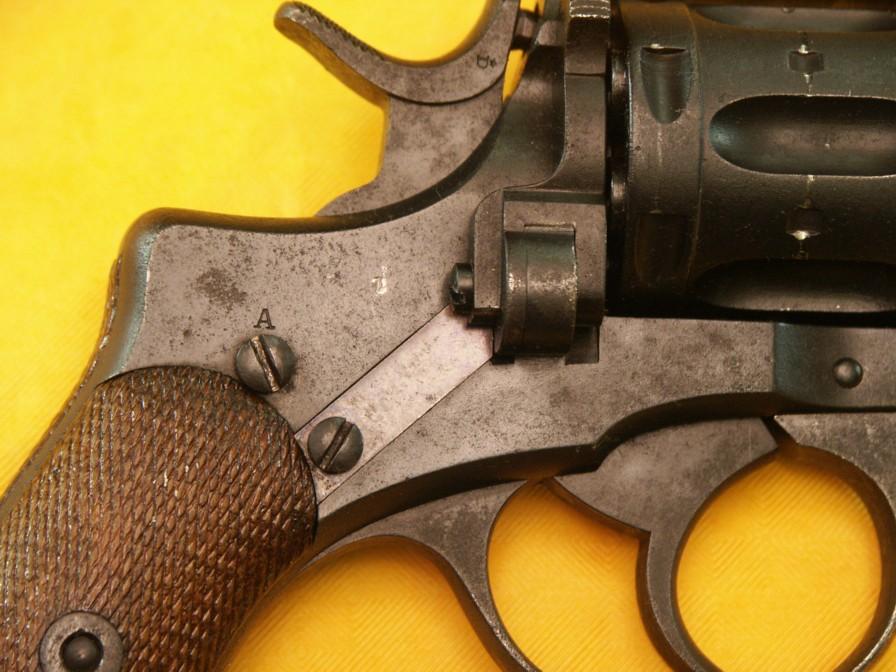 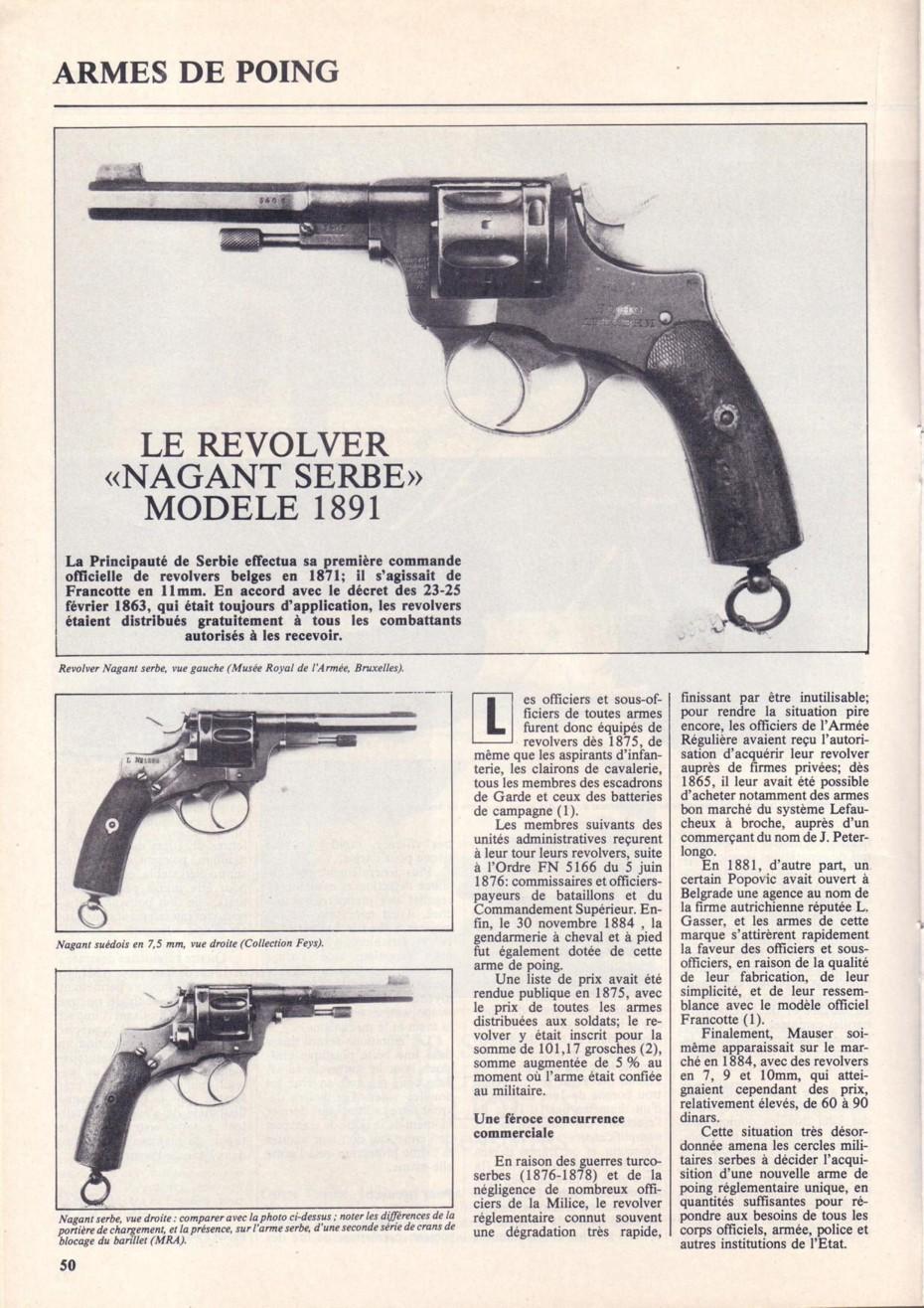 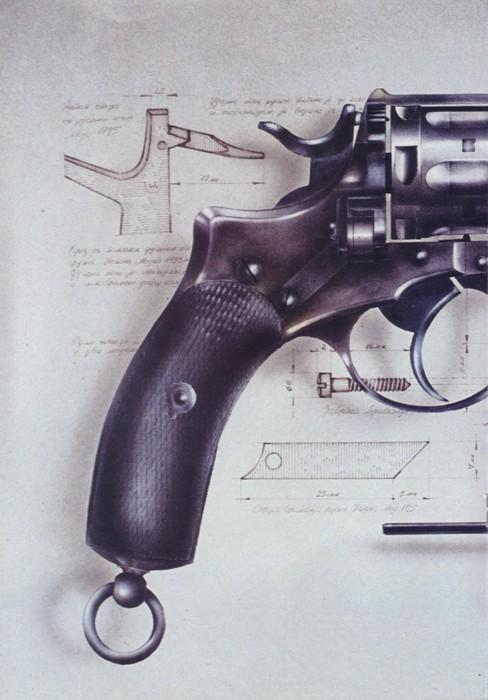 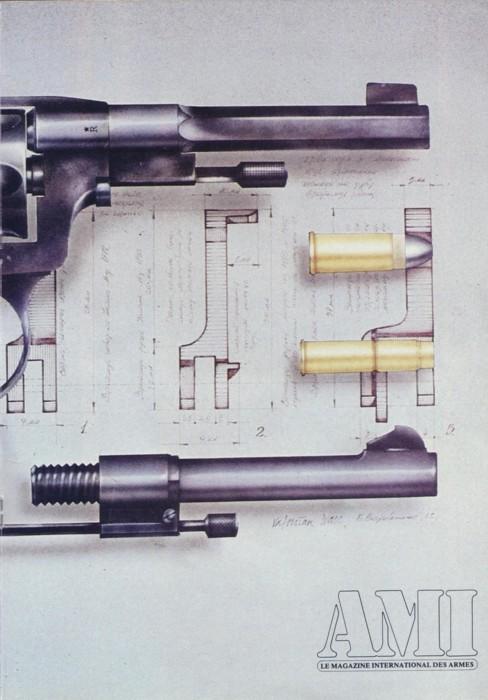 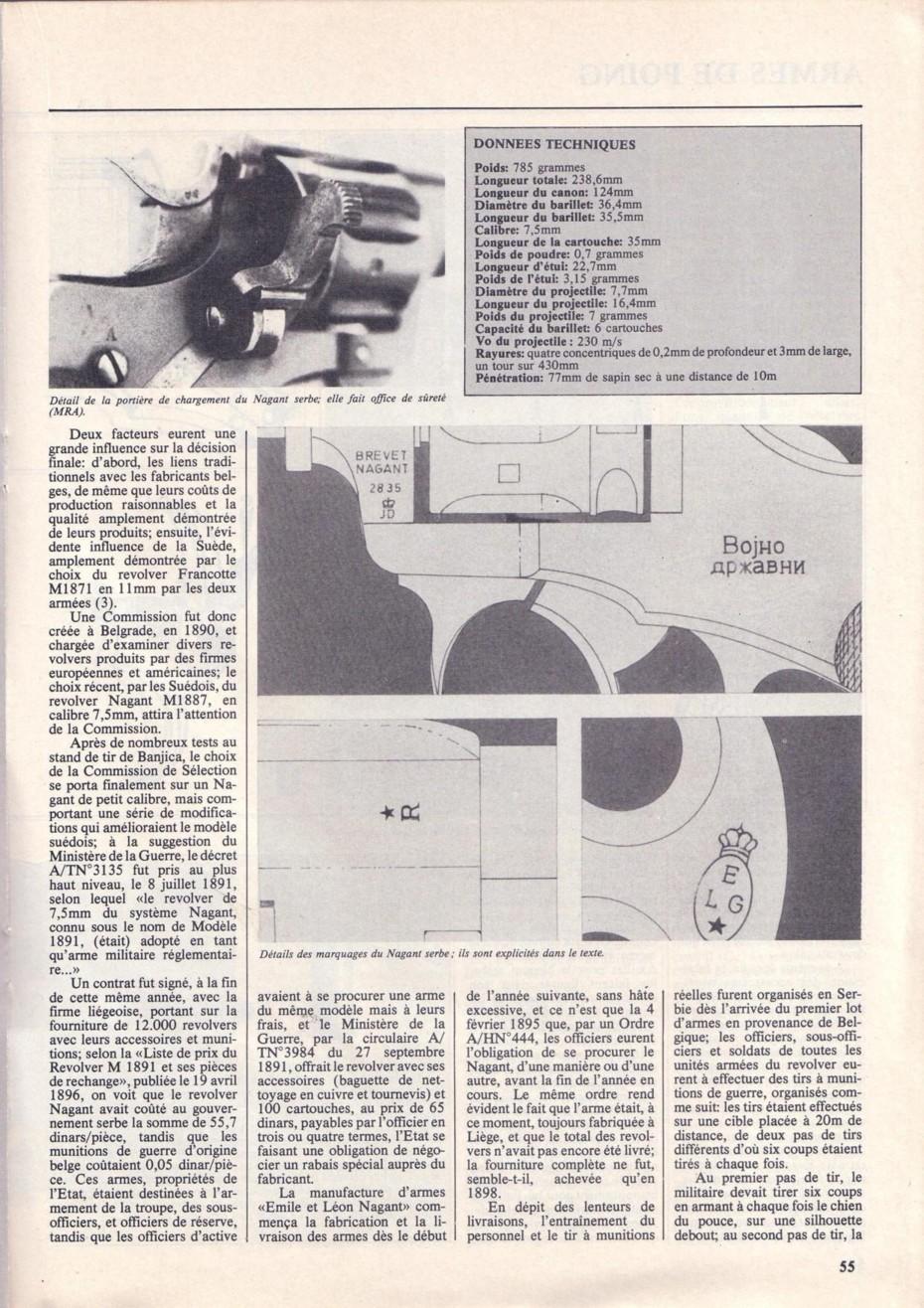 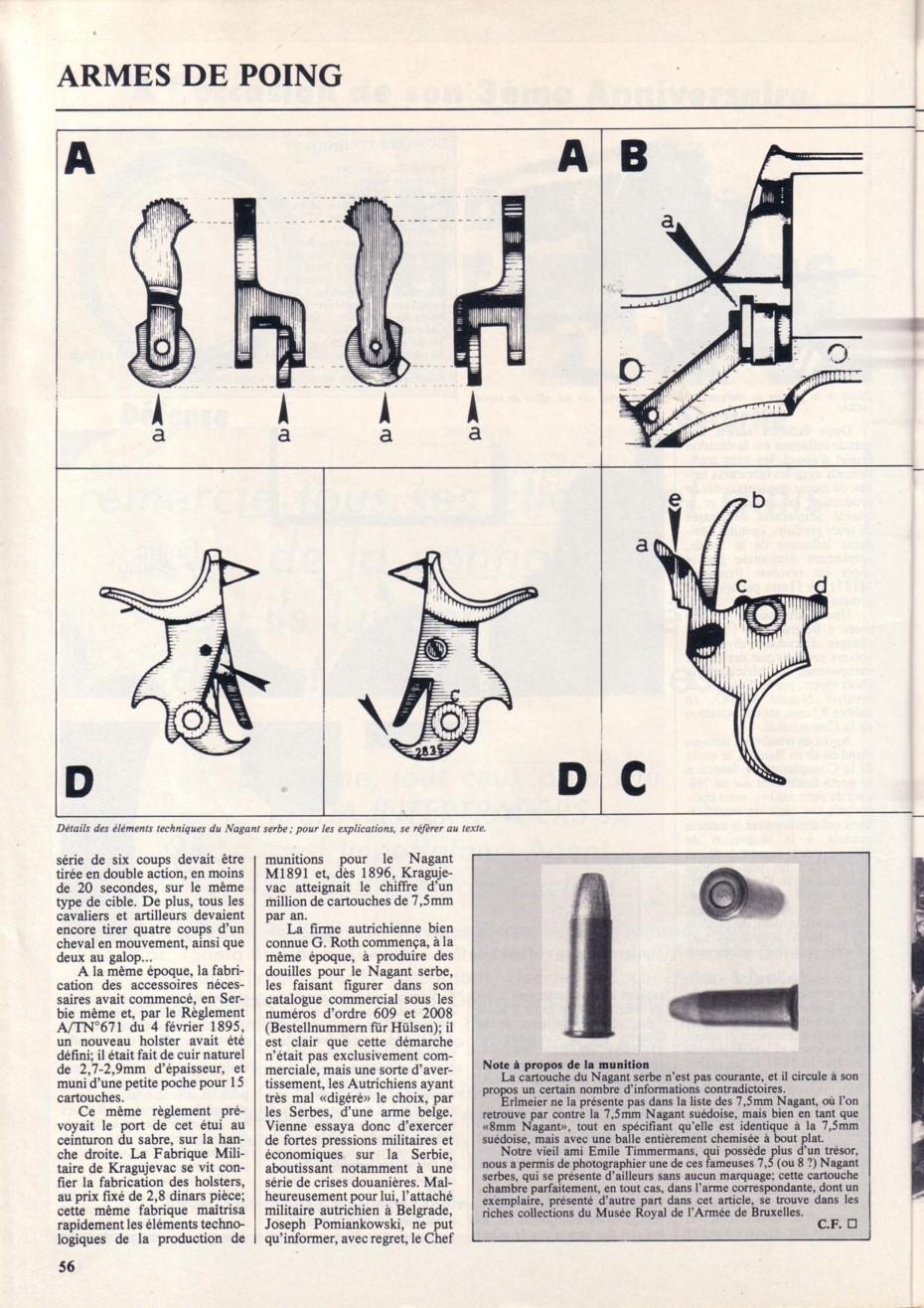 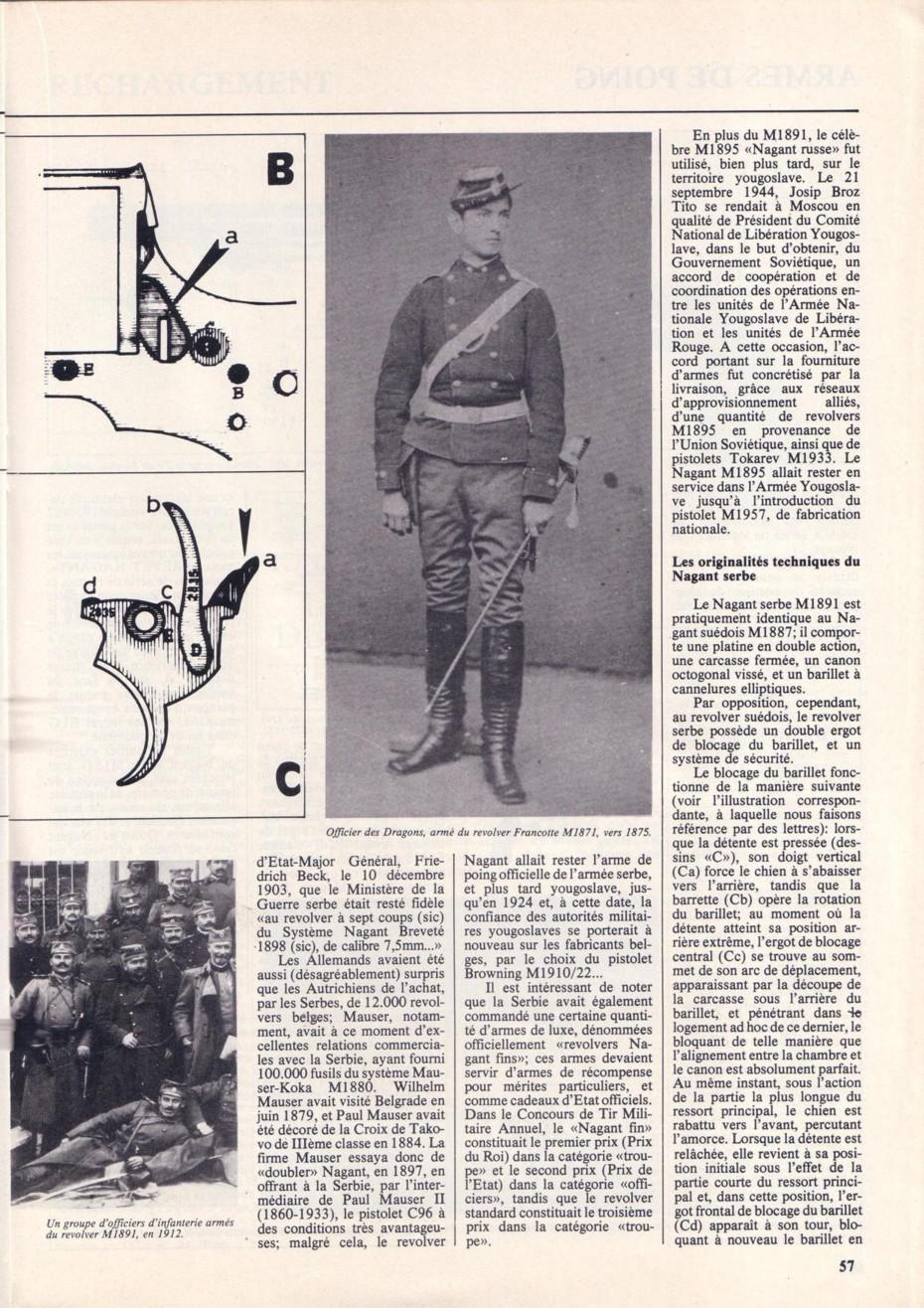 Back to first page "NAGANT"